Sky Kings Wars is a videogame for the web, smartphones, and tablets developed by DevilishGames with the sponsorship of XF8 Media and the distribution of Difference Games in mobile platforms.

The game is a frantic airplane arcade where the player will take the role of a heroic pilot who will have to cover 40 levels replete with enemy airplanes, tanks, zeppelins, and ships.

The web page version can be enjoyed free of charge while the mobile version for iOS and Android only costs $0.99. 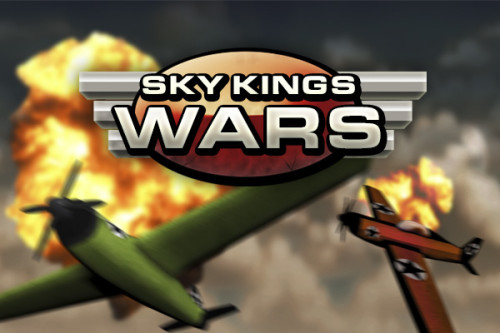