Roll Roll Pirate! is an original video game that unites the concept of an innovative game with artistic and technical quality rarely seen in the casual video game market for web pages.

The story places the player in the role of a fun pirate who, after an accident in his ship, must travel to 20 islands replete with danger to recover his treasure. The artistic graphics come with an original design of characters and some spectactular 3D scenarios accompanied by a catchy soundtrack.

The game comes with an exclusive version adapted to the systems of online competition for the portal of Candystand and in addition comes with a viral version for distribution among the numerous game portals free of the network that incorporates in game advertising and direct links to the website of the sponsor.

Roll Roll Pirate! was a development that responded to the budding demand of high quality games for online entertainment portals, creating an environment with a complete and varied gaming experience similar to that which can be found in other platforms such as video games for PC or gaming consoles. 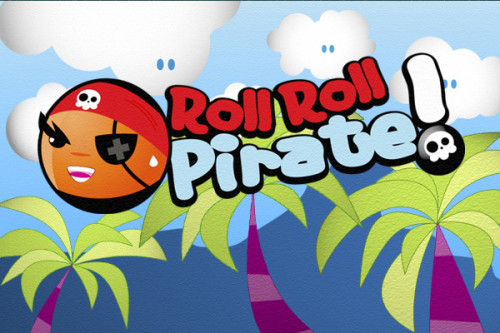